The chateau’s campaigning is largely responsible for halting government plans to build a main road through the Medoc. 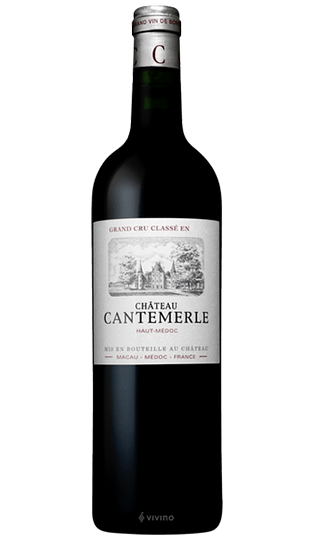 Improvements to the winery and cellars were first on SMABTP’s to-do list, along with planting 100 acres of vineyards in just three years, tripling the potential yield of the estate. Next, the property was expanded to include the nearby Domaine du Moines Nexon – which boasted “great terroir but bad management” according to Cantamerle director Philippe Dambrine – which was also given a facelift.

And the improvements are paying off. The vines that were planted in the 1980s have matured, so quality has improved, and now the chateau makes around 30% second wine, rather than 40% 10 years ago. According to Dambrine, the difference has been really apparent since the 2004 and 2005 vintages, and now the estate is “probably rediscovering what Cantemerle tasted like in 1855”.

As renovations take hold, vintages improve and critic scores creep higher. The low- to mid-80s scores of the 1980s and ’90s have been replaced with low- to mid- 90s, with the 2010 vintage scoring 94+ from Parker and the 2009 95 from Suckling. The brand is ever-strengthening, and so naturally prices will rise accordingly.

However, for the moment Cantemerle remains somewhat undervalued, especially when you consider ‘price over points’ ratios among fifth growths. Similar wines with the same scores can cost almost twice as much per case, so it seems the market is missing a trick – for now.

Many chateau owners had little understanding of just how important the 1855 Bordeaux ranking would become, but one woman at the time –  Caroline de Villeneuve – had the foresight to make it her business, ultimately forging Cantemerle’s reputation as a fifth growth that almost wasn’t.

Viticultural activity on the estate dates back to 1354, but it wasn’t until the late 16th century that production was taken more seriously, under the ownership of Jean de Villeneuve. Later, the property – one of the biggest in Haut-Medoc – would be managed by Caroline de Villeneuve, who sold her wine direct for 40 years, building up a loyal following in the process. But as the business grew, so did its demands, and so in 1854 Caroline gave sales responsibilities to the network of brokers and negociants in the area. She gave them a cut of her successful brand, and they repaid her by leaving Cantemerle off the classification list.

Clearly, this would not stand. Caroline marched down to the Chamber of Commerce – while the Exhibition was in full swing – and demanded a meeting with the head of the brokers union, arguing Cantamerle’s defence and brandishing 40 years’ worth of receipts to indicate how it compared to other estates that had made the cut. She was clearly persuasive, as the estate was then added to the list as a fifth growth.

However, the estate was badly hit by phylloxera in the 1880s, and the Villeneuve family sold it soon afterward. The property passed through several successive owners, but failed to replicate past glories, producing only mediocre wine in the 1970s. Then in 1981, the estate was sold to insurance group SMABTP (Les Mutuelles d'Assurance du Bâtiment et des Travaux Public), securing for it the investment it badly needed to regain its standing in the region. It’s taken time, but since SMABTP’s takeover vintages have improved, critic scores have risen, and prices have increased accordingly.

We make investing in fine wine as effortless as drinking it - combining human expertise, data-driven tech and a love for fine wine.

Wine from this producer: Chateau Cantemerle