Our changing climate is once again playing havoc with wine production in 2022. Here, we provide an update on the 2022 growing season and what the early indications are for the wine market.

Wildfires near Bordeaux, first in July and then again in mid-August, sent waves of panic through the region’s producers and wine lovers. Even though vineyards weren’t directly hit, the August fires south and west of Bordeaux raised concerns due to smoke drifting into areas just south of the city in the Graves region.

Fortunately, it is unlikely any producers in Bordeaux’s top AOCs will suffer any ‘lost harvests’ as some Napa Valley producers did when wildfires struck California in 2020. The science on the potential impact from smoke taint is inexact, but the consensus is that grapes are most at risk around harvest time and the Bordeaux fires subsided before the smoke lingered too long. Le Conseil Interprofessionnel du Vin de Bordeaux (CIVB) has reported that no smoke taint was detected from its tests on grapes after the fires.

But the fires themselves are a symptom of searing heat and droughts that have hit many regions in 2022. France overall had its driest July since 1959, according to some reports. In Bordeaux where irrigation is normally outlawed, regulators in Pessac-Léognan, Pomerol and Saint-Émilion made some allowances for irrigation this year due to the extended drought.

Elsewhere, Burgundy and Rhone and some regions in Spain and Italy have also suffered droughts. The Italian government declared a state of emergency in five states, including fine wine growing regions of Piedmont, Veneto and Friuli Venezia Giulia. Further south, Tuscany has also struggled with both water shortages and hail this year.

Harvests in most regions are starting earlier than usual with some, such as Bordeaux whites, the earliest on record. Across the pond, California harvests are also starting early, some even began picking at the beginning of August.

Optimism for the 2022 vintage

Despite the myriad of challenges in 2022, France as a whole is expecting production levels higher than 2021 by around 13% to 21%, according to the French agriculture ministry’s Agreste. Part of this is down to the fact that 2021 was itself below long-term averages, primarily due to frost and mildew damage. The full impact of the 2022 dry growing season may not yet be fully accounted for either – final yields could suffer due to smaller grapes and those discarded due to sunburn.

In recent years, unusual and extreme weather has contributed to upward price pressure in the fine wine market and the harsh growing season in 2022 could add to the supply-demand imbalance in the fine wine market segment. Even if France’s levels do climb versus last year, production in specific fine wine AOCs could remain lower as top producers will remain more selective about any damaged grapes.

The quality of the 2022 vintage will, of course, also form a key factor in the outlook for fine wine prices. Producers (perhaps unsurprisingly) in many regions have expressed optimism regarding quality this year. Water stress can promote quality (even if it reduces quantity) as the flavours become more concentrated. The warm weather in the spring triggered early budburst and flowering in many regions, meaning the early harvests don’t necessarily equate to shorter growing seasons. Vineyard management has also improved in recent years, meaning top producers can adapt and still produce excellent wines in difficult years. 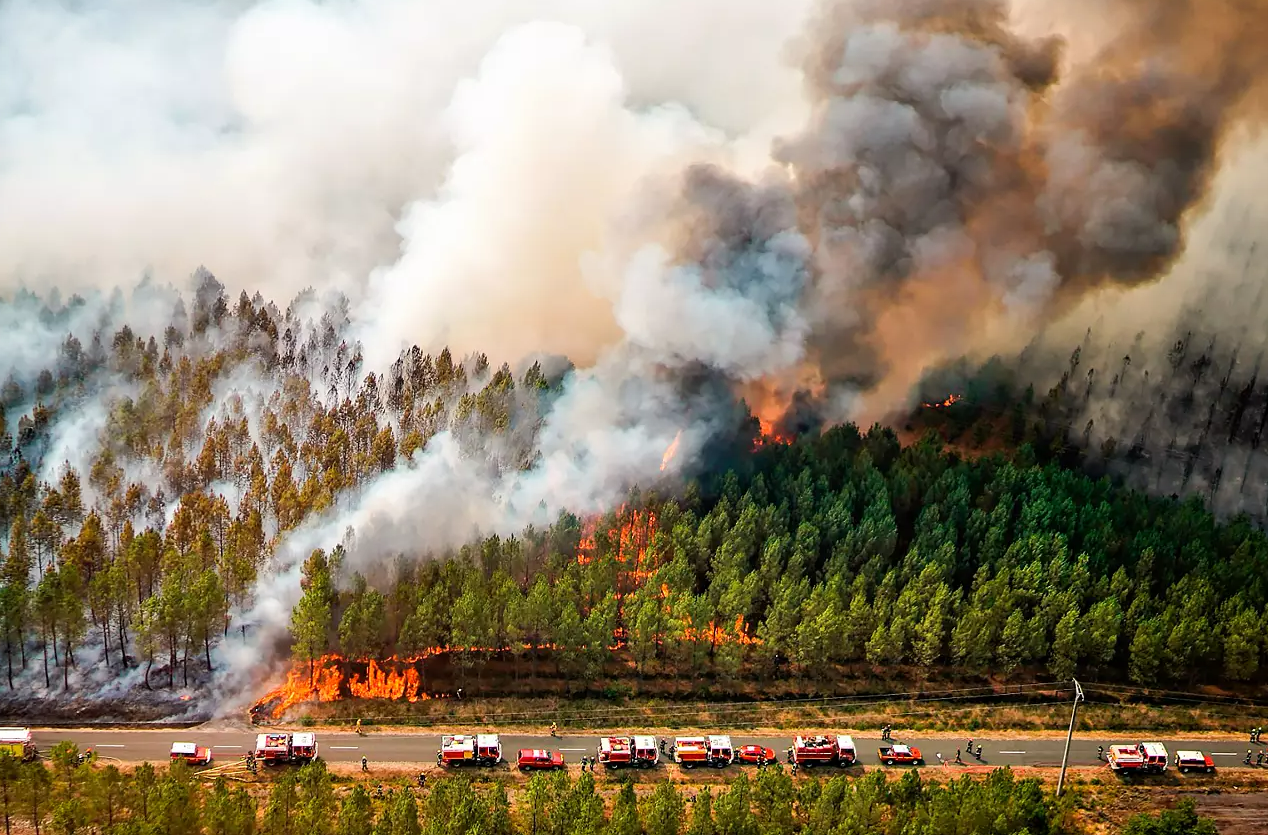 The firefighters lined-up on a road as they tackle a blaze near Saint-Magne, south of Bordeaux, southwestern France. August 11, 2022 - SDIS 33 via AP

As we’ve said before, climate change should form an integral component of a wine market outlook, and fine wine buyers and investors should adopt greater selectivity of specific sites and grape varieties. The 2022 fires in France hark back to the devastating fires in North American and Australian wine regions in recent years, emphasizing how climatic risks have become a new normal.

The Ecole hôtelière de Lausanne (EHL), a world-leading hospitality university, conducted a study and drew similar conclusion: “(Climatic) differences, which are sometimes large and always unpredictable, represent a considerable source of risk for producers and the wine market in general. This uncertainty corresponds to a new standard.”

One result we foresee is that individual vineyards will play an even greater role in fine wine demand and, consequently, pricing. Specific terroirs, microclimates, and individual parcels can perform differently during heat, drought or other extreme weather such as hail.

The importance of grape varieties is also getting greater attention. EHL’s study revealed how growing diverse grape varieties can help producers and regions adapt to climate uncertainty by reducing the annual variance in both quantity and quality[1].

The near-term impact will not suddenly see Syrah sprouting up in Burgundy although some regions may introduce new varieties with time. Instead, extreme and unusual weather will cause a greater degree of variability in how certain grapes in a given region perform in a given each year. Vintages in a region cannot simply be judged as whole; producer and wine-level selectivity will become even more important.

[1] Masset, P., Weisskopf, J-P., Christen, R., (2018) ‘The diversification of grape varietals as a risk management tool in the vineyard’. Available here to read.